Showing posts from January, 2013
Show all

Police in Sweden raided an apartment after receiving a report of gunfire and cries of help only to find several teenagers playing a computer game.

The teenagers were playing the game "Call of Duty Saturday" night when one of the boy's characters was killed after being shot several times and was left laying on the floor, screaming "help, help, help," Swedish news agency TT reported.

Passersby heard the game and thought it was real and called police.

A 10-person police unit was dispatched to the apartment and carried out a raid there, forcing the boys outside.

After the teenagers were out of the apartment, they were able to explain to the police that they were just playing a game.

Police left the apartment without taking anyone into custody or writing any citations.

A pair of Massachusetts parents said they are making good on a wager and getting a new puppy after their children tallied more than a million likes on Facebook.

Ryan and Evie Cordell, who live near Boston, said their daughters, Cadence, 12, and Emerson, 9, and their three young boys had been asking for a dog since their family dog of 10 years died in August, ABC News reported Thursday.

The Cordells said the girls read about a family who bought a new cat for their children when they received more than 10,000 likes for a Facebook picture, so they convinced their father to promise them a puppy if their page could top 1 million likes.

The girls took a picture of them holding a sign with their younger brothers and had their mother create a page for people to like.

My new book is officially out - True Crime Online!!! 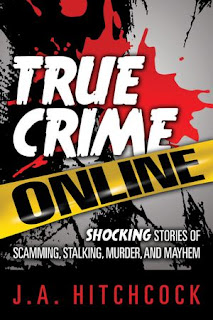 A New York travel website said the "things your flight attendant won't tell you" include passing decaffeinated coffee off as regular.

George Hobica, founder of airfarewatchdog.com, said flight attendants speaking on condition of anonymity revealed some of their secrets of their trade.

"You know that coffee you ordered? It's actually decaf even though you asked for regular. We'd rather you sit back, relax and fall asleep so you don't bother us too much," one flight attendant said.

"If a flight is going to be late anyway, we've been known to delay it even further to make sure our overtime pay kicks in," another said.

"Who do we upgrade? Not the slob who's dressed in a dirty tank top. It helps if you're extremely nice, well dressed, pregnant, very tall, g…
Post a Comment
Read more
More posts